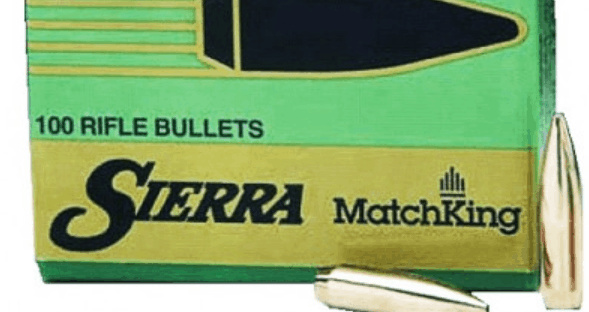 “Our findings suggest that sniper bullets manufactured by Sierra were used by the Israel Defense Forces (IDF) against civilian protesters in Gaza in 2018″
Forensic Architecture, May 2019.
photo: Natchez Shooters Supplies

The submission of the research group Forensic Architecture to the 2019 Biennial at the Whitney Museum in New York included an extensive investigation into the use of tear gas and bullets manufactured by companies led by Warren Kanders, a Whitney vice chair.

The companies’ products had been used against migrants at the US-Mexico border wall and in other states including Bahrain, Turkey and Kuwait.

Subsequently, Forensic Architecture discovered new evidence that directly linked the weapons manufacturer to Israel’s violence on the Gaza ‘border’.  The evidence, reported HyperAllergic on 20th July, took the form of an ‘unexploded open-tip bullet in the sand surrounding the Al-Bureji protest camp near the border’. The bullet was intact and matched the analysis that Forensic Architecture had conducted on ammunition manufactured by one of Kanders’ companies, Sierra Bullets.

Forensic Architecture, like several other exhibitors, withdrew from the Biennial. ‘Refusal to take a stand is complacency,’ said Nicholas Galanin, another of those who withdrew, ‘especially when you are an American institution with so much influence and voice.’

Kanders, who has donated $10 million to the museum, then resigned from its board, and the exhibitors rejoined the Biennial, keeping their work in the show.

Zachary Small, who broke the story on Hyperallergic, told the Daily Beast that these events were ‘part of a larger conversation in the art world, in which artists are increasingly being asked to be the tip of the spear in larger political conflicts, often at the bidding of wealthy patrons and institutions’.

Between 2008 and 2018, Palfest, the Palestine Festival of Literature, brought together over 200 international and Palestinian writers. Following the Festival the visiting authors would return home to speak and write about what they had experienced in Palestine.

After a year’s break, Palfest returned this Spring – to Ramallah, Jerusalem, Bethlehem, Nablus and Haifa. It has a new focus on ‘writing that clarifies and frames the connections between the colonization of Palestine and the accelerating systems of control and dispossession around the world’. The festival drew parallels, for instance,  between Palestine and North America.

Ursula Lindsey in Al-Fanar Media, reported on Palfest Phase 2. ‘One of the clear futures we’re facing,’ Palfest organiser Omar Robert Hamilton told her, ‘is one in which an increasingly small elite controls the last two generations of a dwindling planet’s resources, with a massively expanded police force defending it.’

‘Israel, ‘Hamilton went on, ‘is at the forefront of that—of the development of surveillance algorithms, technology, weapons, the expertise of population control and resource control’. Palfest is built around the understanding that the situation in Palestine is part of ‘a clear and present danger facing everyone across the planet’.

Cultural projects are at the heart of Palestinian resistance. As Rafeef Ziadah commented to al-Jazeera’s Samira Shackle in August, ‘they are a crucial part of movements for freedom, bringing people together in struggle, challenging negative perceptions and stereotypes, and affirming life against the organised brutality of occupation’.

Israeli governments have sought to cut off the supply lines on which cultural production depends. Adalah, the Legal Centre for Arab Minority Rights in Israel, reports that Israel is refusing to issue work permits for international academics working at Palestinian universities in the occupied West Bank and is ‘escalating a harsh visa policy that is forcing them to abandon their students and leave the country’. Among the institutions affected is the Edward Said National Conservatory of Music, which is linked to Birzeit University. In 2018-2019, eight international faculty out of 19 were denied visa extensions or entry.

The Palestinian Youth Orchestra, founded in 2004, faces similar difficulties. Ziadah argues that the PYO, which recruits young musicians from inside and outside Palestine, is in its very nature a threat to Israeli policy. It does not have to be explicitly a political project in order to incur the hostility of Israel: its very existence ‘challenges in fundamental ways this system of oppression that segregates Palestinians from one another and from the rest of the world’.

Musicians based in the Gaza Strip  have repeatedly had travel permits denied by the Israeli authorities, even when their visas to travel overseas have been granted. Palestinian musicians living in Lebanon or Syria are often unable to get permission to travel to the West Bank to perform. The PYO’s rehearsals sometimes have to take place via Skype.

In the UK, the Home Office has added its own bricks to the wall: in 2015, it refused a visa to the Palestinian photographer Hamde Abu Rahma. Last year, it was the turn of the artist Malak Mattar. In June it denied entry to the film-makers Yousef Nateel and Hussein Owda.

In Silwan, east Jerusalem, large-scale demolition of Palestinian homes has been accompanied by an archaeological project which seeks to replace the complexities of history with a single story.

Fox News reported on 4th July that ‘Israel has officially opened a reconstructed stairway, known as “Pilgrim’s Road” that Jesus is believed to have walked on in ancient Jerusalem as another place with the significance of ‘biblical proportions to billions, especially for Judeo-Christian visitors to the Holy Land.’ The Jerusalem Post writes that archaeologists are convinced that this is the path millions of Jews took three times a year when making a pilgrimage to the Temple.

Writing in +972 Chemi Shiff and Yonathan Mizrachi give a different perspective. They point out that in most sites that have been inhabited by countless cultures over the centuries, the archaeological record usually reveals a story of complex relations between the various cultures that resided in any specific area. They criticise a narrative which gives primacy to one ‘ethno-national group’s exclusive claims’ and deplore an archaeological method which rejects digging down through different strata in favour of excavating a single pathway, a horizontal tunnel.

Jordan’s Foreign Ministry has issued a statement condemning all attempts by Israel to ‘reinvent the identity of the Old City of Jerusalem.’ Israeli commentators, meanwhile, see the opening of the road as a pivotal event in establishing Israeli sovereignty over Jerusalem.

A spectacle of demolition

In April, the Palestine Economic Policy Research Institute and the Negotiations Affairs Department of the State of Palestine published a report on health, education, welfare and culture in East Jerusalem. It concluded that Palestinian residents were involved in a daily struggle trying to preserve their identity, their cultural heritage and their right to stay in their city. With partial exceptions in the field of music, cultural institutions were in decline, deprived of funds and severely damaged by restrictions on movement. More than this, a living intangible cultural heritage – of oral traditions, performing arts, local knowledge, and traditional skills – was under threat. Palestinian people were being forced out of Jerusalem, in what for some was a second exile.

On 22ndJuly, these developments accelerated rapidly. 700 police and 200 soldiers moved into the neighbourhood of Wadi Hummus to demolish 70 Palestinian homes, which were deemed to be built too close to the Separation Wall. ‘A demolition of this scale and visibility,’ writes Jeff Halper in The Nation, ‘cannot be understood without grasping its political message; in fact, the scale and visibility are the message’.

The Israelis’ message, Halper goes on, is crystal clear: ‘we do not recognize Palestinians as a side with legitimate national rights and claims, and we will no longer negotiate with them. The entire land of Israel is ours, and we are taking possession of it. You Arabs have three options: Submit and accept the fact that you are living as either second-class citizens or noncitizens in a Jewish state, leave, or if you choose to resist, die.’

A spectacle of punishment

Dareen Tatour’s ordeal is not yet over, reports Oren Ziv on +972. Convicted in 2018 of incitement to violence over a poem she published on Facebook, cleared on appeal in May this year, she now finds herself involved in legal action once again, as a result of the prosecution’s submission that her conviction should be reinstated. In September Israel’s Supreme Court will rule on the admissibility of this submission. Tatour, meanwhile, has launched a petition against the prosecution’s new move, stating:

‘We are together. We will not be silenced. We protect art, poetry and freedom of expression.I know that I am not alone in this battle. I will not give up as I know it is a collective struggle to protect our basic rights. Despite the hardship of facing a new trial, I will continue my struggle for freedom of expression and especially artistic expression. This trial is not my personal trial. It is the trial of every artist, poet, writer and human being.’

Lopez performs in Israel, and Egypt

Ignoring Palestinian calls not to perform in Israel, the singer Jennifer Lopez turned up in Tel Aviv on 1st August, to perform at Hayarkon Park, a venue built on the site of a Palestinian village ethnically cleansed by the Israeli army in 1948.  Lopez tweeted , ‘The mother land Israel!!! First time here. I’m in love!!’

Lopez went on to give a concert in Egypt. The performance at the Seaside Beach Club, reported The Times of Israel, ‘drew some 2,000 people, including Egyptian celebrities and government ministers.’ Tickets were priced at up to four times the average monthly wage.

At the event were the Egyptian Minister of Investment and International Cooperation, Sahar Nasr, the Minister of Social Solidarity, Ghada Wali, and the Minister of Planning and Administrative Reform, Hala Al-Saeed. Nasr posted a photo to Instagram of herself and the other ministers.