Brian Eno’s op-ed is published in today’s Guardian, and copied below.

“Those of us who make art and culture for a living thrive on free and open communication. So what should we do when we see culture becoming part of a political agenda? “Music unites,” says UK Eurovision entrant Michael Rice. What happens when a powerful state uses art as propaganda, to distract from its immoral and illegal behaviour? Everybody involved in the Eurovision song contest this year should understand that this is what is happening.

END_OF_DOCUMENT_TOKEN_TO_BE_REPLACED

Today a stream of DJs, producers, record labels, electronic musicians are speaking up for Palestine and endorsing the cultural boycott of Israel. Using the hashtag #DJsForPalestine, these artists and cultural producers say they are supporting the Palestinian call for boycott as a peaceful protest against the occupation, “for as long as the Israeli government continues its brutal and sustained oppression of the Palestinian people”.

This collective action follows the pattern of a similar wave of bands, including  Portishead and Wolf Alice, who came out in protest using the hashtag #ArtistsForPalestine, shortly after Israel’s massacre of unarmed Palestinian protesters in Gaza this May.

END_OF_DOCUMENT_TOKEN_TO_BE_REPLACED

If we asked you about the situation in Palestine today, you’d probably know  that it has greatly deteriorated since 2008, with three prolonged bombing campaigns by Israel on Gaza. The besieged Strip is, according to the United Nations, ‘unlivable’, and there’s an ever expanding colonisation of land in the Palestinian West Bank. END_OF_DOCUMENT_TOKEN_TO_BE_REPLACED

For the second August in a row, advocates for Israel have used Edinburgh’s huge annual cultural gathering as cover for an attempt to whitewash the state’s decades of oppression and racist discrimination against Palestinians.

Under the rubric of coexistence and cultural cooperation, this year’s International Shalom Festival, staged over three days at a community secondary school, sought to avoid the opprobrium heaped upon its blatantly propagandistic 2016 incarnation.

Last year the event’s organisers, known for working with the Israeli Embassy to undermine and oppose campaigning work in support of Palestinian rights, proudly proclaimed it as a major “Israel advocacy” initiative. This year the same groups – the Confederation of Friends of Israel Scotland (COFIS) and StandWithUs – have tried to entice audiences with a vision of Israel as a haven of tolerance and harmony offering “real examples of coexistence”.

END_OF_DOCUMENT_TOKEN_TO_BE_REPLACED 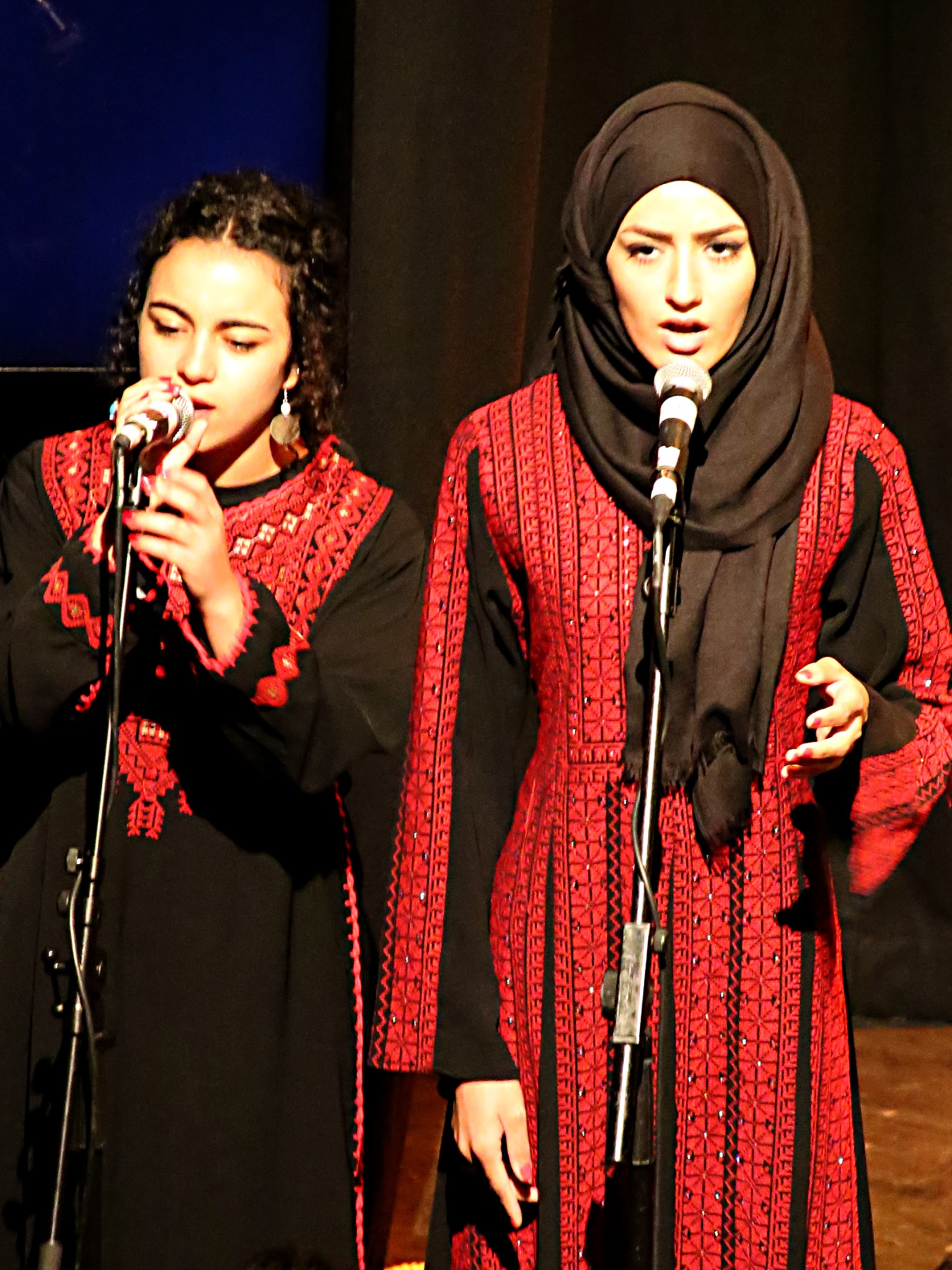 The Edinburgh Fringe’s renowned open platform for all forms of artistic expression produced a curious juxtaposition this year, as Palestinians deployed creativity to shatter the bonds of political repression while Israeli state apologists cloaked a discredited political message in threadbare cultural clothing.

The gulf between the two was demonstrated in the pages of Scotland’s press, the airwaves and in the streets, as well as in performance and display spaces across the city.

END_OF_DOCUMENT_TOKEN_TO_BE_REPLACED

“I’ve been a fan of Baaba Maal for around a quarter century. The thought of him playing in apartheid Israel instead of showing solidarity with the Palestinian people makes no sense to me” – audience member at the WOMAD festival.

The campaign to persuade renowned Senegalese musician Baaba Maal to reconsider his decision to perform on September 20 in Occupied East Jerusalem made headway last week with his appearance at two music festivals in the UK and boycott calls spreading internationally.

Israeli citizens urged him to act in solidarity with the Palestinian people, addressing him in his own words: “I stand as one because I believe we all deserve to live in safety.”

The call was taken up in France at the same time as leaflets headlined “Baaba Maal: Don’t support apartheid Israel” were well-received by the crowd at Baaba’s gig at the WOMAD, Charlton Park, festival in southwest England on Saturday July 30. They were mentioned by Financial Times reviewer David Honigmann in his festival report.

END_OF_DOCUMENT_TOKEN_TO_BE_REPLACED

In March 2016, Israel continued its assault on Palestinian media organisations by closing down the TV station, Palestine Today, and arresting some of its staff. The British government, so vocal at other times in its defence of ‘democratic values’, responded only with silence.  The APUK collective sent this letter to the Foreign Secretary, Philip Hammond, to request that he apply the principles that apparently underpin his government’s domestic policy, to relations with Britain’s allies overseas. We await a reply.

END_OF_DOCUMENT_TOKEN_TO_BE_REPLACED

In its determination to assist Israel in silencing criticism, the British government betrays the values of freedom and tolerance that it claims to see as fundamental. This article, written by a member of the Artists for Palestine UK collective, charts the resulting pattern of attacks on the rights of Israel’s critics in Britain, from local councils to academics and arts organisations.

2016 began with ringing declarations about British liberty. David Cameron’s New Year message to the nation contrasted the freedom and tolerance of ‘our way of life’ with the ‘poisonous narrative of grievance and resentment’ laid out by ‘murderous extremists’, seething with hatred for the west.

These are claims that have come to sound more hollow with every month that passes. Domestically, the Prevent strategy operationalises the defence of ‘freedom’ with an apparatus of reporting and repression which extends across schools, universities and the NHS – some NHS trusts have made it mandatory for staff to attend Prevent workshops.  In its foreign policy, Cameron’s government holds firmly to alliances with states which are deeply committed to the oppression of the populations they rule over: Turkey, Saudi Arabia, Israel, to name only the most prominent. Turkey, a NATO member, uses airstrikes against its Kurdish population without reaction from the defenders of freedom. Saudi Arabia kills its opponents, and is met only with an expression of ‘disappointment’ from a British junior minister.

END_OF_DOCUMENT_TOKEN_TO_BE_REPLACED

The debate can be viewed online here. We review it below.
END_OF_DOCUMENT_TOKEN_TO_BE_REPLACED 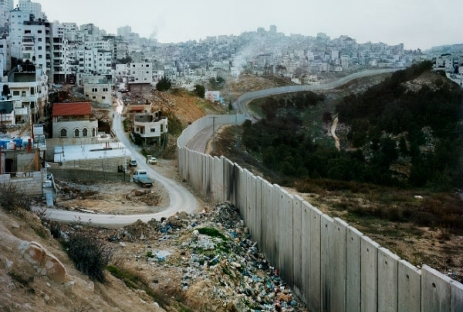 An artist based in Wales whose work on the Nakba was censored following complaints from local Zionist groups, has said the actions ‘amount to the defacement of a piece of art and a censoring of artistic expression, something that should not happen anywhere in Britain, let alone at a publicly funded arts organisation.’

James Morris wrote to the management of Clwyd Theatre Cymru, after a decision was taken – without consulting the artist – to remove the captions accompanying his photographic series, Time and Remains, during the final week of a six-week exhibition at the theatre’s Oriel Gallery. In his letter to the Welsh theatre, he informed them he would be cancelling his scheduled artist’s talk on Friday 6 March, adding that ‘Any talk or public debate which could now take place would have to focus on what my exhibition has become, a censored art piece. It would have to be rescheduled and readvertised as such.’

The series, also known as ‘That Still Remains,’ documents the ‘scattered remains from across the country of the now historic Palestinian presence in much of Israel’s landscape.’ Morris is an artist and not a campaigner or activist. He writes in his introductory text the history that give his photographs their meaning:  END_OF_DOCUMENT_TOKEN_TO_BE_REPLACED