In its determination to assist Israel in silencing criticism, the British government betrays the values of freedom and tolerance that it claims to see as fundamental. This article, written by a member of the Artists for Palestine UK collective, charts the resulting pattern of attacks on the rights of Israel’s critics in Britain, from local councils to academics and arts organisations.

2016 began with ringing declarations about British liberty. David Cameron’s New Year message to the nation contrasted the freedom and tolerance of ‘our way of life’ with the ‘poisonous narrative of grievance and resentment’ laid out by ‘murderous extremists’, seething with hatred for the west.

These are claims that have come to sound more hollow with every month that passes. Domestically, the Prevent strategy operationalises the defence of ‘freedom’ with an apparatus of reporting and repression which extends across schools, universities and the NHS – some NHS trusts have made it mandatory for staff to attend Prevent workshops.  In its foreign policy, Cameron’s government holds firmly to alliances with states which are deeply committed to the oppression of the populations they rule over: Turkey, Saudi Arabia, Israel, to name only the most prominent. Turkey, a NATO member, uses airstrikes against its Kurdish population without reaction from the defenders of freedom. Saudi Arabia kills its opponents, and is met only with an expression of ‘disappointment’ from a British junior minister.

END_OF_DOCUMENT_TOKEN_TO_BE_REPLACED 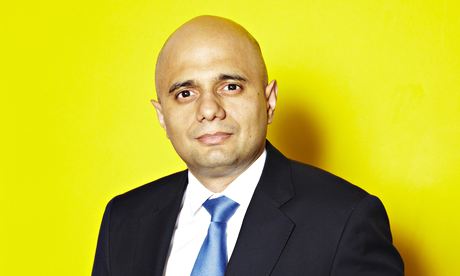 Sajid Javid’s comments on Israeli sponsorship ‘breached the principle of an arms-length relationship between the government and the arts’, writes Caryl Churchill – UK playwright, and Artists’ Pledge signatory.

Two letters defending academic and artistic freedom from bullying and censorship by the Israel lobby were published in the Guardian, Monday 6 April 2015

• In late March we had culture secretary Sajid Javid’s astonishing statement in a speech to the Board of Deputies of British Jews (reported in Jewish News) that any arts organisations refusing Israeli sponsorship will risk losing funding, breaching the long-established principle of an arms-length relationship between government and the arts. The Arts Council is supposed to be a buffer between them precisely to avoid political censorship and bullying. Now we have news (1 April) of the cancellation of the University of Southampton’s conference on international law and the state of Israel after protests from the Board of Deputies of British Jews and the Zionist Federation UK. All Charlie Hebdo? Except when freedom of expression means freedom to criticise Israel.
Caryl Churchill
London

• We note with regret that the University of Southampton has shamefully capitulated to pressure from the pro-Israel lobby and cancelled an international academic conference. The university claims to have acted on police advice that they cannot guarantee security against threatened demonstrations. Where was the threat to public order? How could a conference, predominantly of lawyers discussing complex legal issues concerning the legal status of Israel and its boundaries, be a threat? Or are we to conclude that pro-Israeli demonstrators are such violent opponents of academic freedom that the police cannot contain them?
Prof Hilary Rose, Prof Steven Rose
London