Excerpt from The Case for a Cultural Boycott of Israel

We see culture as a propaganda tool of the first rank, and I do not differentiate between propaganda and culture. Nissim Ben-Sheetrit, Israeli Foreign Ministry, 2005

We will send well-known novelists and writers overseas, theatre companies, exhibits. This way, you show Israel’s prettier face, so we are not thought of purely in the context of war. Arye Mekel, Israeli Foreign Ministry, 2009

In October 2005, the Israeli Foreign Ministry, the Prime Minister’s office and the Finance Ministry took over the work of a voluntary US group calling itself ‘Brand Israel’, in order to plan ‘a comprehensive strategy for the nation’s image management’. ‘The media always show men with guns’, complained Saar Friedmann, one of many public relations and branding agency people hired along the way.

Re-branding Israel has continued to be a central pre-occupation of the Foreign Ministry, though successive re-launches have not so far succeeded; ‘the dark side of the story won’t go away’, says US academic Stephen M. Walt. A key strategy of the re-branding is to use musicians, filmmakers and other cultural professionals to provide a glittering screen behind which the everyday brutalities of occupation and dispossession are intended to be less visible.

In 2008, Israeli poet Yitzhak Laor published a copy of the contract Israeli artists going abroad with Foreign Ministry funding were by then required to sign. The contract was between the Israeli artist or company (‘the service provider’) and the State of Israel, via the Foreign Ministry’s Division for Cultural and Scientific Affairs. Its terms made explicit the promotional requirements attached to government funding for foreign tours: ‘The service provider is aware that the purpose of ordering services from him is to promote the policy interest of the State of Israel via culture and art, including contributing to creating a positive image for Israel.’ And yet this relationship was to remain secret: ‘The service provider will not present himself as an agent, emissary and/or representative of the Ministry.’

Israeli government funding to tour work and promote Israel is a key issue for the boycott movement. Omar Barghouti, a founder of PACBI, told visiting writers in Ramallah in 2013 that the movement had absolutely no problem with artists who derive funding from the State to produce their work in Israel – ‘that’s your right as a taxpayer’, he said. But the movement takes action against companies and artists who accept foreign ministry funding to go abroad – because that, says Barghouti, is ‘propaganda’. Culture has a domestic political function. Abroad, it is used to ‘sell’ a distorted picture of the country and distract from the oppressive reality. But domestically it is deployed, deliberately and self-consciously, as a central part of the project of long-term occupation.

In its illegal settlements in the occupied territories, Israel builds not only checkpoints and surveillance facilities, but schools, universities and cultural centres. Take Ariel, an illegal colony on the West Bank, with around 25,000 settlers (and a booming property market). Prime Minister Netanyahu visited Ariel in 2010, and planted a tree to symbolise the permanence of occupation. Later the same year, Ariel’s cultural centre was opened, and Israel’s two flagship theatre companies, Habima and Cameri, agreed to add it to their touring schedule. Israeli journalist Gideon Levy commented, ‘In the heart of an illegal settlement built on a plot of stolen land’, the companies put on shows ‘to help settlers pass their time pleasantly, while surrounded by people who have been deprived of all their rights’. 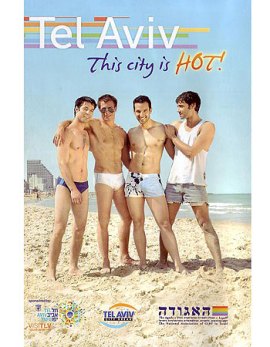 In this article (a version of which appeared in the NYT), author and academic Sarah Schulman provides a detailed documentary history of Brand Israel, Israel’s campaign to re-brand itself in the minds of the world, as well as the development of ‘pinkwashing’ as a funded, explicit and deliberate marketing project within Brand Israel. 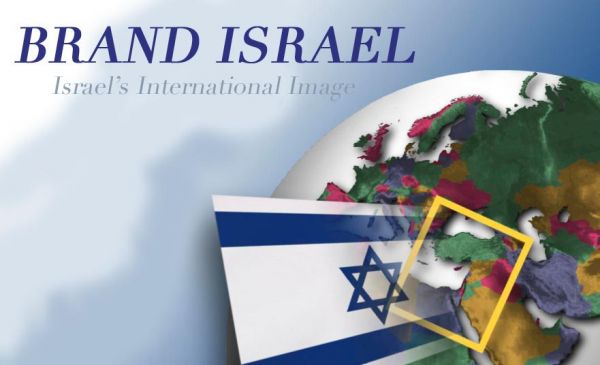 The Anholt Nation Brands Index (NBI) SPECIAL REPORT on Israel’s International Image: 'Israel’s brand is, by a considerable margin, the most negative we have ever measured in the NBI, and comes in at the bottom of the ranking on almost every question.'