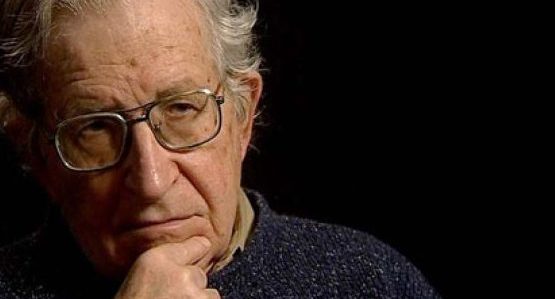 In recent years, people promoting the mantras of ‘constructive engagement’ and ‘bridge-building’ with Israel have cited Professor Noam Chomsky in their defence. He is alleged to oppose the campaign of Boycott, Divestment and Sanctions (BDS) launched by Palestinian civil society in 2005.

Artists for Palestine UK contacted Professor Chomsky to ask him to clarify his position, for the record.

He has given us this statement:

‘I am opposed to any appearance in Israel that is used for nationalistic or other propaganda purposes to cover up its occupation and denial of Palestinian human rights. I’ve been involved in activities to hold Israel accountable for its international law violations since before the BDS movement took shape. While I have some tactical differences with the BDS movement, I strongly support the actions and continue to participate in them.’

END_OF_DOCUMENT_TOKEN_TO_BE_REPLACED

The Israeli historian Ilan Pappe has issued the following statement regarding Radiohead’s decision to appear on stage in Israel tomorrow, disregarding appeals from Palestinians and their supporters around the world.

END_OF_DOCUMENT_TOKEN_TO_BE_REPLACED

Last week Radiohead front-man Yorke defended the band’s decision to play in Israel and ignore the Palestinian picket-line, arguing that music was about ‘crossing borders’ and ‘shared humanity’.

Today, Oscar nominated Leigh, who is in production for his forthcoming feature film ‘Peterloo’, issued the following statement via Artists for Palestine UK – END_OF_DOCUMENT_TOKEN_TO_BE_REPLACED

As UK band Radiohead prepares to perform in Israel on July 19 in direct breach of the Palestinian boycott, leading boycott supporter Ken Loach has faced defamatory attacks on his integrity.

Loach is one of over 1,220 signatories to the Artists’ Pledge for Palestine who have made the following commitment:

‘… In response to the call from Palestinian artists and cultural workers for a cultural boycott of Israel, we pledge to accept neither professional invitations to Israel, nor funding, from any institutions linked to its government until it complies with international law and universal principles of human rights.’

Because Artists for Palestine UK (APUK)  has always understood the complex problems that artists from all disciplines face around rights ownership once an artwork enters the market, we have been explicit about which practical steps can be expected of artists who support the Palestinian call for boycott, and which  cannot. The guidelines, which have been on the Artists for Palestine UK website since we launched in February 2015, include the following question and answer:

‘Q. I am an artist and I do not have control over who buys the art I produce, nor the circulation of that work once it has been sold. Am I in a position to sign the Pledge?

END_OF_DOCUMENT_TOKEN_TO_BE_REPLACED 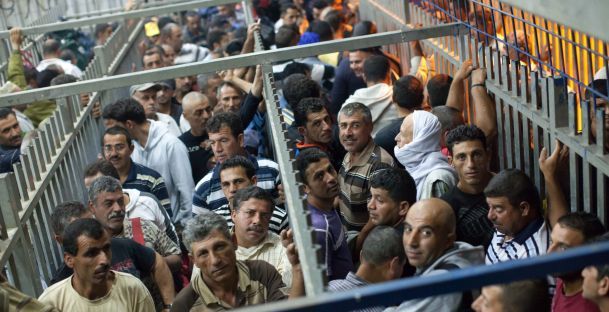 Artists for Palestine UK published an Open Letter to Radiohead signed by 47 leading cultural figures back in April.  Today, we issue the following statement in response to frontman Thom Yorke’s comments via Twitter directed at Ken Loach (copied below).

END_OF_DOCUMENT_TOKEN_TO_BE_REPLACED

Following personal approaches to Radiohead by Palestinians, by fans and by fellow artists, on April 24,  Artists for Palestine UK posted an open letter signed by 47 prominent artists appealing to the band to withdraw from their scheduled Tel Aviv gig in July. The letter drew widespread media attention including from Pitchfork, NME, The Telegraph and The Guardian, but the band chose not to comment on the question of standing up for Palestinian rights. Now, in an extraordinary outburst in the pages of Rolling Stone, Thom Yorke lambasts the artists who signed the letter.

END_OF_DOCUMENT_TOKEN_TO_BE_REPLACED

You’re listed to play Tel Aviv in July this year.

We’d like to ask you to think again – because by playing in Israel you’ll be playing in a state where, UN rapporteurs say, ‘a system of apartheid has been imposed on the Palestinian people’.

We understand you’ve been approached already by Palestinian campaigners. They’ve asked you to respect their call for a cultural boycott of Israel, and you’ve turned them down.   Since Radiohead campaigns for freedom for the Tibetans, we’re wondering why you’d turn down a request to stand up for another people under foreign occupation. And since Radiohead fronted a gig for the 50th anniversary of the Universal Declaration of Human Rights, we’re wondering why you’d ignore a call to stand against the denial of those rights when it comes to the Palestinians.
END_OF_DOCUMENT_TOKEN_TO_BE_REPLACED

UPDATE 09.03.2017 From Israeli Citizens: Radiohead, Please Don’t Play Tel-Aviv
Open letter from Israeli citizens to Radiohead : “We urge you to cancel your performances in Israel and not grant your seal of approval to Israel’s ongoing crimes and human rights violations.” 09.03.2017

Artists for Palestine UK (APUK), whose Artists’ Pledge for Palestine has over 1200 signatories, called today for UK band Radiohead to cancel their concert in Tel Aviv, scheduled for July 19.
END_OF_DOCUMENT_TOKEN_TO_BE_REPLACED