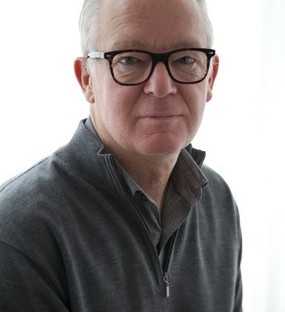 Jonathan Chadwick – artistic director of Az Theatre, and a Pledge signatory – has written a blog post about his recent trip to the West Bank, which we think is worth sharing:

I went to Palestine on Saturday 7th February and came back on Sunday 15th February. I failed to get into Gaza to pursue the work on War and Peace.

Caryl Churchill and I worked on her recent play, Love and Information, at Ashtar Theatre. The British Council accommodated us. The Royal Court Theatre provided finance for the translation. We paid for the travel and did the work for free. It was our contribution, like planting a play in Palestine!

I was also asked by British Actors Equity Association to approach theatre artists and performers to get them to provide an overview of performing arts in the Occupied Palestinian Territories so that Equity can provide support and solidarity for fellow workers there. I had good conversations and this will have successful outcomes!

I didn’t take a laptop and I was unable to get into the back-end of this blog because I didn’t have the address/URL.

What do you need to know?

The actors in the workshop on ‘Love and Information’ were wonderful, imaginative, inventive. We all fell in love with each other. There were all sorts of inspiring and intriguing problems working on a play with over 50 scenes, with no repetition of characters, with no indication of location nor attribution of speech. There’s too much to say.

Caryl and I worked from the Sunday evening after our arrival until the Thursday evening when there was a presentation.

During the week we visited Bethlehem and were introduced to the wonderful work of Al Harah Theatre company. They have started a wonderful new course for design, technical and production.

After the presentation we visited the old city in Jerusalem and the following day we visited a theatre company, Al Rowwad, and a school, Hope Flowers School, in Bethlehem. Then we visited the old town of Bethlehem and saw where the baby Jesus was born. During the trip I was able to stay with my friends who had lived with us in London when their son was a one year old. I remember his first birthday. Now he is 14.

Yes, we had a wonderful time and it wasn’t even spoiled one jot on our way back by the security at the airport keeping us for two hours and thoroughly searching our bodies and all our belongings and asking us lots of questions.

It was on the second day that Iman Aoun, the director of Ashtar Theatre finally got through to the Palestinian Authority minister that the Palestinian Mission in London had recommended we contact about access to Gaza. They referred me back to the British Embassy and /or humanitarian aid organisations.

This time impossible, round in circles, back to GO.

So, although other foreign nationals can travel to Gaza – I heard about Portuguese and Italian arts practitioners getting access – the UK government remains complicit in the Israeli-imposed blockade and accepts the Israeli conception of humanitarian aid.

Of course anybody who knows anything will tell you that it’s impossible to get into Gaza but they always know an exception to the rule. A friend there told me that obtaining a Press Card could secure access!  I will keep trying.

What happened to me while I was in Palestine?

Questions about international justice cluster around the issue of genocide and definitions about the social practices involved are matters of debate and definition. I’m not an expert nor a lawyer. I am seeking some way of expressing what I witnessed.

How can we explain the transposition of the kind of ‘patterns’ Lemkin refers to? What are the consequences of the genocide carried out by the National Socialist regime in Germany between 1933 and 1945? I am not alone in making the observation that the Zionism of the Israeli state mimics the ‘oppressor’ pattern.

What does this mean for the future of Palestinian society?

Daniel Feierstein points out that genocides go through certain distinct stages. He says that understanding this can help us to stop these processes.

On our first morning before we started work on ‘Love and Information’ we were taken by Medical Aid for Palestinians to look at the work of a mobile medical unit working in a village near Jericho in the Jordan Valley. The people in the village were Bedouin, nomadic people, herders of sheep and goat. They are being systematically attacked through the ‘social reorganisation’ strategies of the Israelis. Read more. Please look at the plans for E1 and the development of the Ma’ale Adumim settlement that would effectively cut the West Bank in half. Read what Harriet Sherwood wrote in The Guardian two and a quarter years ago.

There is Zone A and Zone B and Zone C and Gaza and refugee camps in Jordan and Syria and Lebanon. There are people with Jerusalem IDs, those that are married to them who have only have Zone A IDs, those who have life partners who work with international organisations who have this kind of ID or number plates on their car who can travel on this road and those who can’t. And so on and on and on.

The man who gave a speech welcoming Pope Benedict to Aida refugee camp in Bethlehem in 2014, referred to apartheid and indicated the evidence of the illegal ‘separation’ wall towering over them. He had his Jerusalem ID/permit withdrawn by the Israelis for his straight-speaking. His wife and five children visit him only at weekends.

This is the phase of dividing up the oppressed.

Resistance is happening in myriad ways in all aspects of Palestinian society. Please look at the work of Al Rowwad. I cannot find a good way to describe how inspired I was by meeting Abdelfattah Abusrour, the Director of Al Rowwad.

I want to go back to the Palestine to help young theatre-makers create organisations similar to Al Rowwad. I committed myself to doing so in response to a request from young theatre artists, one of whom came from Qalqilya.

Another thing happened while I was in Palestine.

I became even more convinced that BDS, the Boycott, Divestment and Sanctions movement – please look at their website – is a crucially important element in the resistance.

It was good to have the Artists for Palestine UK pledge announced while we were there.  More than 700 artists signed the initial pledge. Hundreds more have joined them since.

I’m keeping this as short as possible. The visit had a big impact on me. Please get back to me at info[at]aztheatre.org.uk with any comments. I’ll keep you updated with progress.